Remember a year ago when we all got the Pokémon Go fever? Everyone was playing the game at the time and it went b-a-n-a-n-a-s as there were reports of people getting into accidents, bumping against each other, and falling off cliffs (we made this one up, or did we?). Oh, good old times, am I right?

Well, guess what? **Pokémon Go just got a revamp and the biggest update to Pokémon GO is now live on Aptoide! So trainers, get your gear ready, and participate in a revamped Gym gameplay experience, including the opportunity to battle together with others against powerful Pokémon in the new Raid Battle feature! Excited? EXCITED!

Here’s what to expect from the biggest update to Pokémon Go: 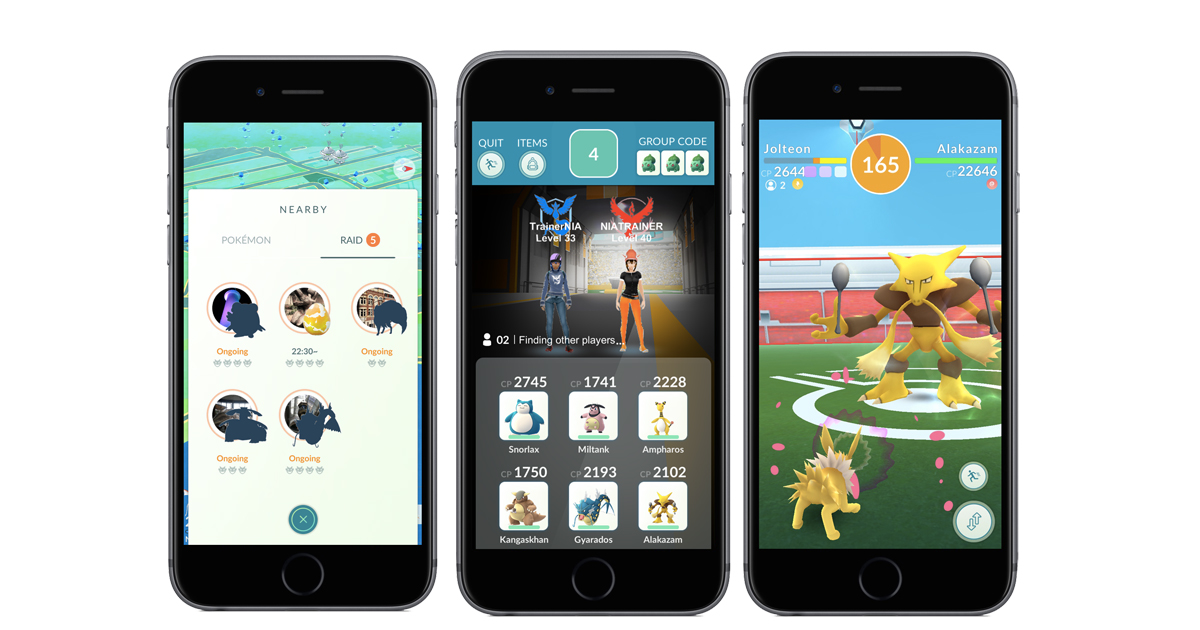 The new “Raid battles” encourage you to work with up to 20 other Trainers to defeat an extremely powerful Pokémon known as the Raid Boss. Before a Raid Battle begins, a large Egg will appear atop the Gym. When the countdown above the Egg reaches zero, the Raid Boss will be revealed.

Before you can battle the Raid Boss, you’ll need a Raid Pass though. You can get one free Raid Pass per day by visiting a Gym, but you can only hold one at a time. If you successfully defeat the Raid Boss within the five-minute time limit, you’ll have the chance to catch an extra powerful Pokémon of your own! While the default raids are public, you can also create private battles limited to just you and friends.

Gyms just underwent a major facelift! You are now able to spin the disc at Gyms to acquire items just as you do at PokéStops — but that’s only the beginning.

Very soon Gyms will no longer be based on prestige and training. They now feature six permanent slots that can be filled by the controlling team’s Pokémon. At the heart of the update is a new motivation system that will significantly change how you interact with Gyms. Basically, when a Pokémon is assigned to a Gym, a motivation meter will be displayed. As a Pokémon loses motivation, its CP will temporarily decrease, making it easier for opposing teams to defeat. AND WIN!

To help keep the Pokémon motivated and in tip-top shape for their next battle, Trainers can treat their team’s Pokémon to some exciting new items, such as rare candies, golden razz berries, pokéballs, and two types of technical machines—fast and charged, which restore their motivation. If a Pokémon loses all motivation, it will leave the Gym and return to its Trainer the next time it loses a battle, so you’ll want to keep your team’s Pokémon motivated by giving them Berries frequently!

You’ll now be able to earn Gym Badges when interacting with the Gyms around the world. Gym Badges serve as mementos of your Pokémon GO adventures and reflect your contribution to a Gym’s success. Basically this will be a reflection of what a great - or not so great - trainer you are!

You’re also able to level up your Badges by battling, giving berries to the Pokémon in the Gym and spinning the Gym’s photo disc. You can earn the opportunity to receive bonus items and increased rewards from Gyms by raising the level of your Gym Badge.

Download the biggest update to Pokémon Go now on Aptoide!